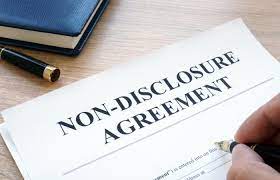 Confidential information is a basic business requirement. It plays an important role in those areas of business when talking about high technologies, scientific developments, in the field of IT. Such information is essential to protect business vitality, competitive advantage, industry leadership, and ultimately market share. How to keep relevant information secret? The best way to keep something confidential is not to disclose it. However, there are multiple instances in which parties may need to share business secrecy. One common way to disclose and at the same time protect relevant information is through the Non-Disclosure Agreement, which is sometimes also referred to as a Confidentiality Agreement or just NDA.

It should be noted that terms may be implied; that is, they are deemed to exist without being specified or written down. Implied terms fall into two categories:

Information establishing a trade secret is commonly protected under US common law by the Uniform Trade Secrets Act and the duty of good faith is a well-known legal standard. Under the US law, trade secrets are a sub-category of NDAs since trade secrets are widely defined as any formula, product, design, or data not publicly known and which confers to its owner an economic and competitive advantage.

In California, Delaware and New York states, implied duties of good faith and fair dealing arise only once parties have entered into a contract. In practice, a duty implied at that stage is unlikely in most cases to do more than reinforce express obligations of confidentiality included in the contract. In the USA (as well as in UK), while discussing discloser’s preferred remedy, the courts will consider the “balance of hardships” (“balance of convenience” in the UK) by analyzing the merits of the claim and comparing the hardship suffered by the breaching party if an injunction is granted, to the hardship to the party seeking the injunction if it is not granted.

In the EU region, the rules and regulations originate mainly from EC Directive 2016/943 of May 2016 and, accessorily from the Data Protection Directive (95/46/EC). Under article 3(1) of the EU Trade Secret Directive 2016/943, trade secrets are said to have been lawfully obtained whenever this acquisition has resulted from “observation, study, disassembly or testing of a product or object (…) that is lawfully in the possession of the acquirer of the information”. However, under article 4(1) of the same Directive, trade secret is misappropriated whenever there is a breach of a confidentiality agreement or of a contractual duty to limit the use of the trade secret.

Fixed compensation clauses are more common and may be referred to as a penalty. However, to be enforceable, the required compensation amount must be reasonable. If it is not, it may be reduced or increased by the court if manifestly excessive or insufficient or, under German law, held to be void for violation of public policy. If the discloser can prove a loss in excess of the stated amount, the excess may be recoverable.

In Armenia, there is no directly expressed legal opportunity for non-disclosure agreements. However, NDAs can be drafted under the principle of freedom of contract. Also, it should be noted that, when including provisions in employment contracts, special attitude must be taken, in order not to violate guaranteed rights of employees. Nonetheless, regardless of the NDA, in Armenia confidential business information is protected by legislation. According to the article 141 of the civil code of RA, information is an official, commercial or bank secret when it has an actual or potential commercial value by virtue of it being unknown to third persons, there is no free access thereto on legal basis, and the holder of the information takes measures for the protection of its confidentiality. The persons having illegally obtained information that constitutes official, commercial or bank secret shall be obliged to compensate for the damages caused. Such obligation shall be imposed also on parties to a contract having disclosed and/or used official, commercial or bank secret in violation of a civil law or employment contract.